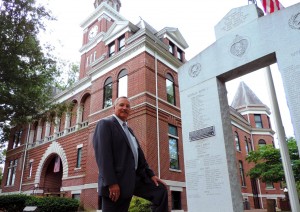 Brent Greer was educated in the public school systems of Tennessee. He received his Bachelor’s Degree with Honors in Business Management from the University of Tennessee at Martin. He is also a graduate of the Tennessee Young Bankers School at Vanderbilt University.

He and his wife Sarah have two children; daughter, Amy (and son-in-law, Jamie Kilpatrick); and son, Eric (and daughter-in-law, Stephanie). They have 6 grandchildren; triplets Houston, Elizabeth, and Madeline Kilpatrick; Twins Ethan and Ella and brother Mathew Greer.

He is a member of the Paris Lions Club, Paris Elks Lodge, and Paris-Henry County Chamber of Commerce.  He and Sarah are members of the First Baptist Church